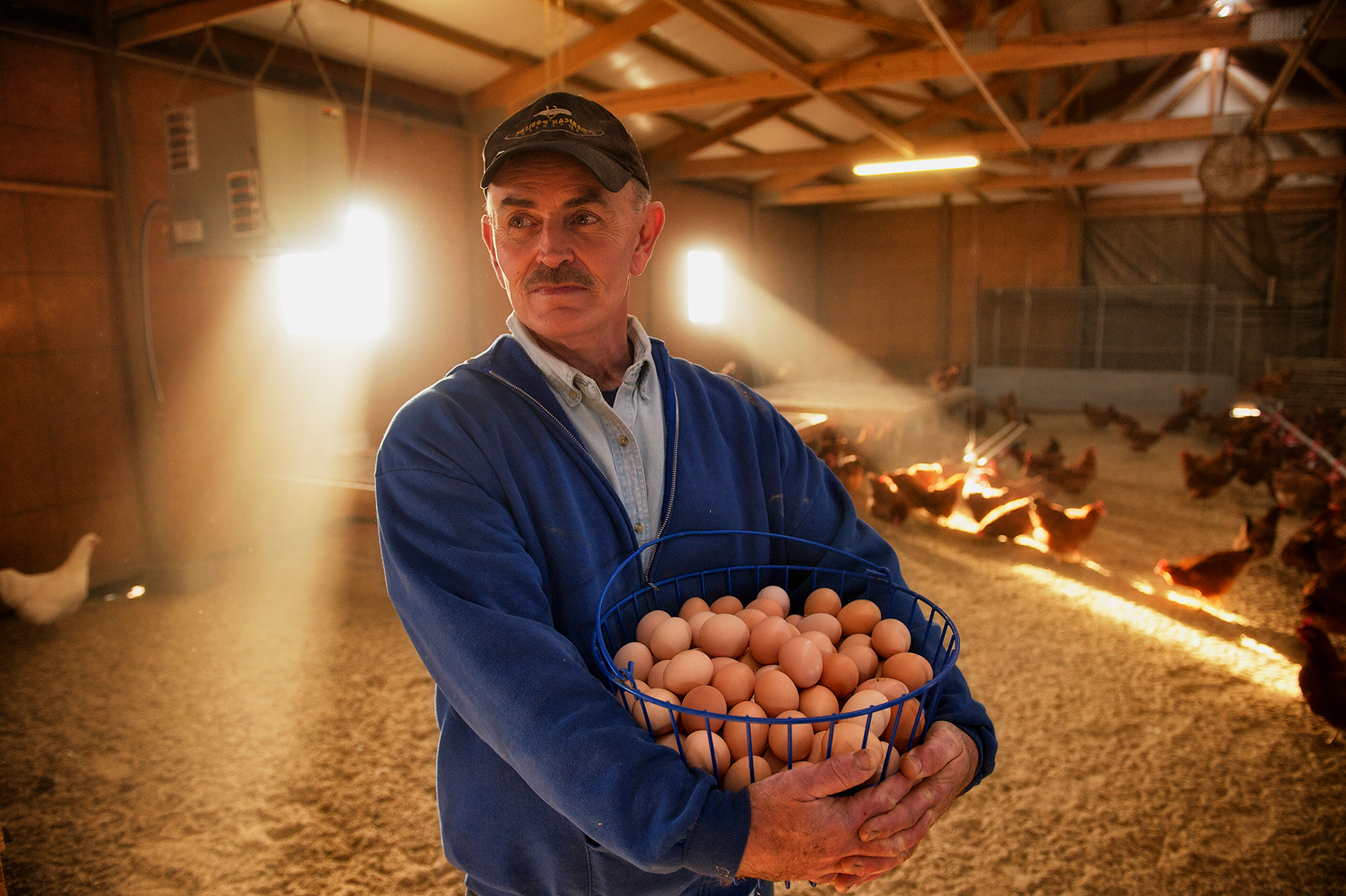 In the early 1800s, millions of American bison roamed the plains. Less than 100 years later, their numbers had been reduced to a mere 541 animals. While early conservation efforts helped raise this figure modestly, it was only when farmers began raising bison for meat that their population grew back into the hundreds of thousands.

Much like the early bison, the millions of healthy happy Standardbred chickens and turkeys that used to occupy the American landscape are now on the brink of extinction.* Their populations have been replaced by a sick monocrop of over nine billion fast growing industrial hybrids, which live short and difficult lives.

*Based on census numbers provided by – The American Poultry Association

The breeder parents of these birds are kept in total confinement and many must be artificially inseminated to reproduce. Their living conditions and compromised immune systems have led to many outbreaks of highly pathogenic viruses and antibiotic-resistant bacteria. In contrast, Standardbred varieties thrive in the outdoors and represent the gold standard in genetic health and animal welfare for poultry species.

Frank Reese, now in his 70s, is the last remaining breeder of certified Standardbred poultry for commercial food production in the United States. If we do not preserve his legacy, these birds will disappear.

Just as conservation through food production saved the American bison, so will we save America’s most important market breeds of poultry. Through our efforts and with your support, the great extinction of America’s historic poultry breeds will be reversed.

The Good Shepherd Conservancy has identified 10 breeds of chickens and turkeys that are the most important to the preservation of Standardbred poultry production. Our efforts will increase the numbers of these breeds to 100,000+ Certified Standardbred animals located on dozens of farms throughout the United States. This initial push will lift the breeds out of endangered status and build a solid foundation from which to rebuild biodiversity, genetic health, and welfare back into the American poultry system.

Preserving Our Most Important Market Breeds

How We Do It

Rendering of the Good Shepherd Conservation Center and floor plans.

We will achieve our conservation goal by launching a poultry revolution based out of the Good Shepherd Conservation Center. Through this one-of-a-kind educational hub for farmers and the general public, we will rebuild a viable alternative to the industrial poultry system.

At the center, those participating in our Farm Fellowship will be trained in Standardbred poultry breeding and husbandry by master breeder Frank Reese. After their training is complete, they will be provided with Good Shepherd’s one-of-a-kind Certified Standardbred genetics as well as ongoing technical support, marketing assistance, and financial aid.

The center will also captivate the general public through exciting live poultry exhibits and an interactive multi-media learning center focused on the history of agriculture Standardbred poultry, and the fast-food industry. Wether for a short visit, half day educational program, or immersive multi day agrotourism stay in our guest cabins, it will be a place for the public to taste, touch, and learn at a working farm.

Through these programs, The Good Shepherd Conservancy will facilitate the launch of hundreds of Certified Standardbred poultry operations, ensuring the survival of those breeds and greatly improving the quality and welfare of America’s poultry supply.

Help us Launch the Revolution!

Looking to join our efforts? There are three primary ways to do so. You can support Standardbred by donating to help us build the Good Shepherd Conservation Center, put your farm into service through our Farm Fellowship, or you can buy Standardbred poultry products.